From Wargroove Wiki
(Redirected from Floran)
Jump to: navigation, search 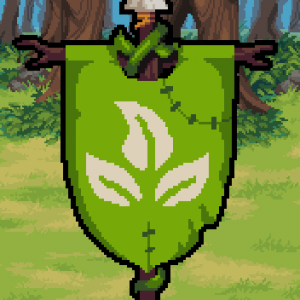 The Floran Tribes are one of four nations that inhabit the continent of Aurania. Each tribe is led by a Greenfinger, with Greenfinger Zawan representing a tribe that makes its home in the forests to the north of the Cherrystone Kingdom.

The Floran Tribes were first revealed in the Wargroove announcement trailer.[1]

Greenfinger is the lead commander of the Floran Tribes. They are assisted by the assassin Sedge and the hunter Nuru. 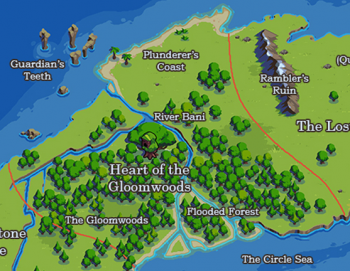 A swamp in the southeastern Gloomwoods, inhabited by Floran Splashers.

The southern edge of The Gloomwoods, marking the border with Cherrystone.

The darkest depths of The Gloomwoods and home of the Great Tree. The capital of the Floran Tribes.

The largest tree in The Gloomwoods. Gloom Giants are made from the Great Tree's roots.

A coast north of The Gloomwoods where piracy is commonplace. Washed up pirate ship wrecks are repaired by the Floran for use as Warships.

A river that bisects The Gloomwoods from north to south.